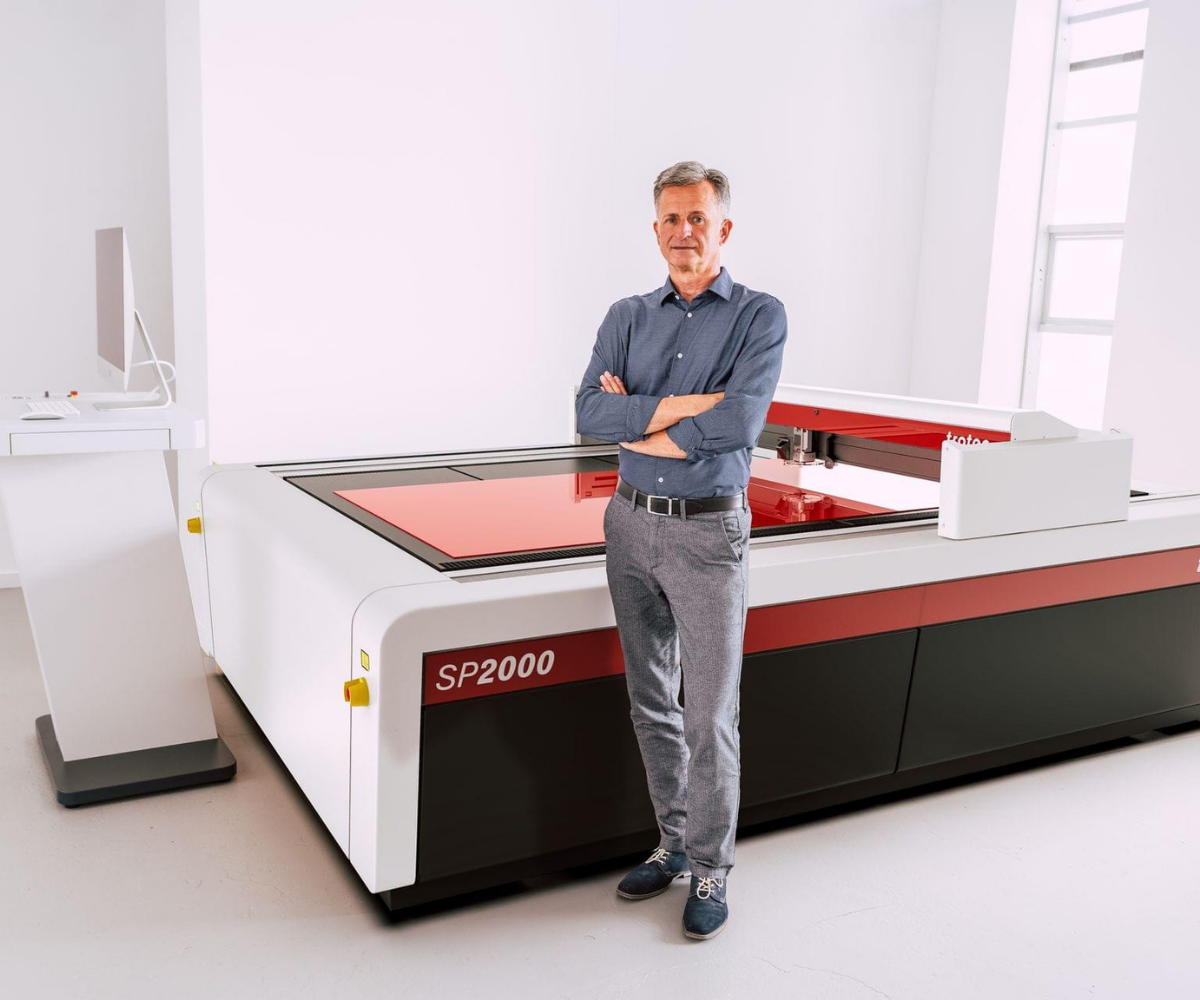 In the digital age that we’re living in, laser printing is resisting all kinds of alternative printing systems in search, year after year, of their place in the market. The forthcoming Graphispag, to be held from 24 to 27 May at the Gran Via exhibition venue, will showcase the latest innovations in traditional, digital and advanced printing machinery and technology, as well as media and equipment for finishing, binding and conversion. Personalisation, colour, sustainability and the digitisation of processes and finishes will take centre stage. Laser printing will play a prominent role in this respect when it comes to overcoming some of the challenges facing today’s graphics sector. 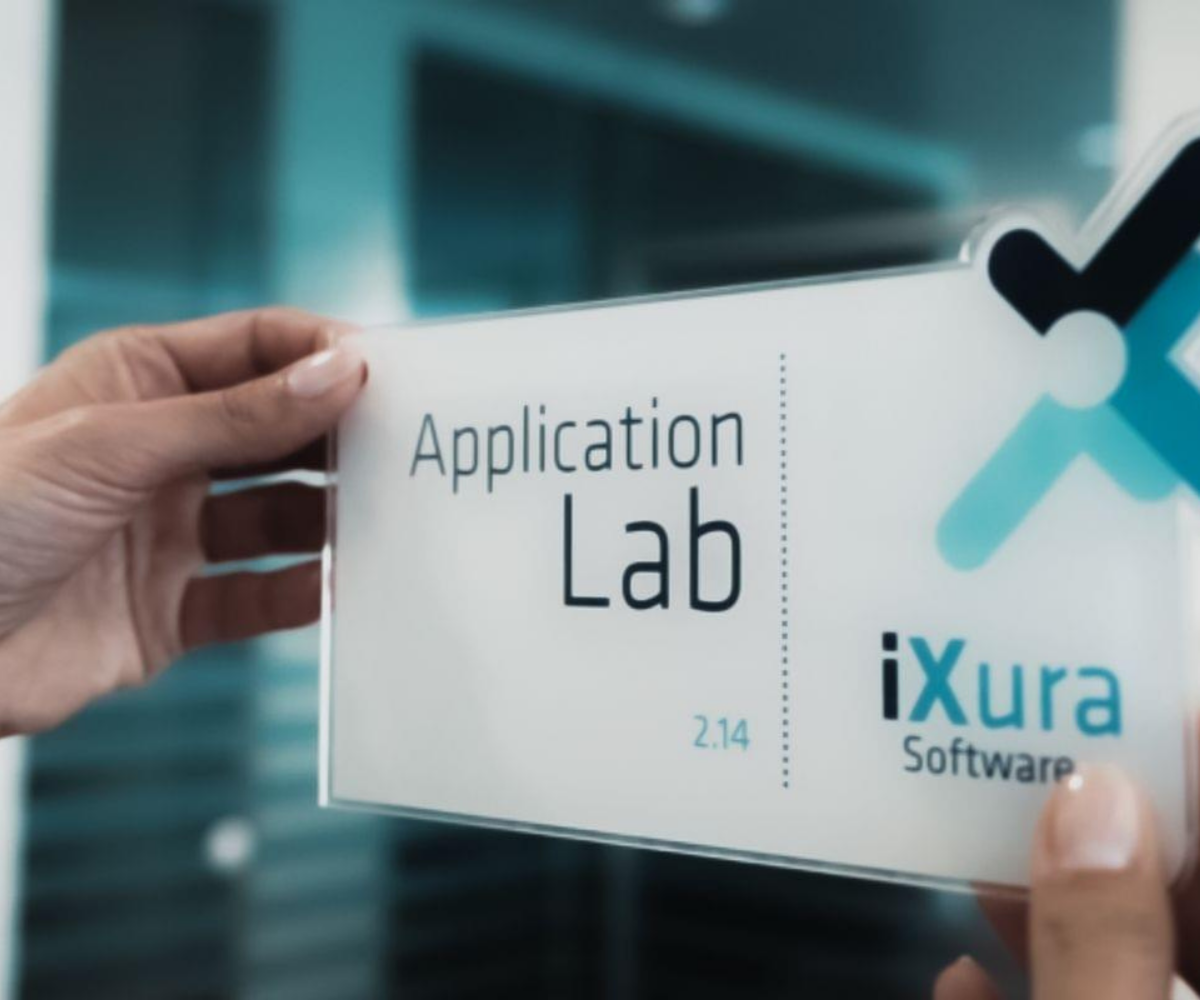 Laser printing involves much more than making engravings on nameplates, trophies and advertising material. The wide array of options on offer augurs well for a long life for this system in the graphics industry.

Laser marking is a process that doesn’t require any contact, as the machines have a closed casing that ensures maximum safety for the part and the user. On many occasions it’s necessary to mark certain components without damaging the material for identification, signalling or personalisation purposes. It’s therefore one of the most widely-used technologies, as it allows results with excellent resolution to be obtained in a precise and clean manner.

One of the biggest advantages of the laser is that it can engrave and cut a wide range of materials, including paper, cardboard, different fabrics and woods and, above all, acrylic, one of those that’s used most often. The laser heat source achieves clean and crystalline edges in the first phase without the need for further processing. This is a great time-saving benefit that prevents the risk of losing orders and achieves greater profitability.

This printing system consists of a laser that generates light by means of the stimulated emission of radiation through mirrors and lenses, in such a way that the light beam moves over the surface using the axis system. The strong heat of the laser beam marks, burns or evaporates the surface of the piece, depending on the exposure time, thus creating an engraving.

Laser engraving has an effective response to both flat and curved surfaces. Moreover, albeit with certain limitations, it can obtain 3D images. Only the use of lenses suitable for the surface, the material and the marking to be carried out need to be taken into account. 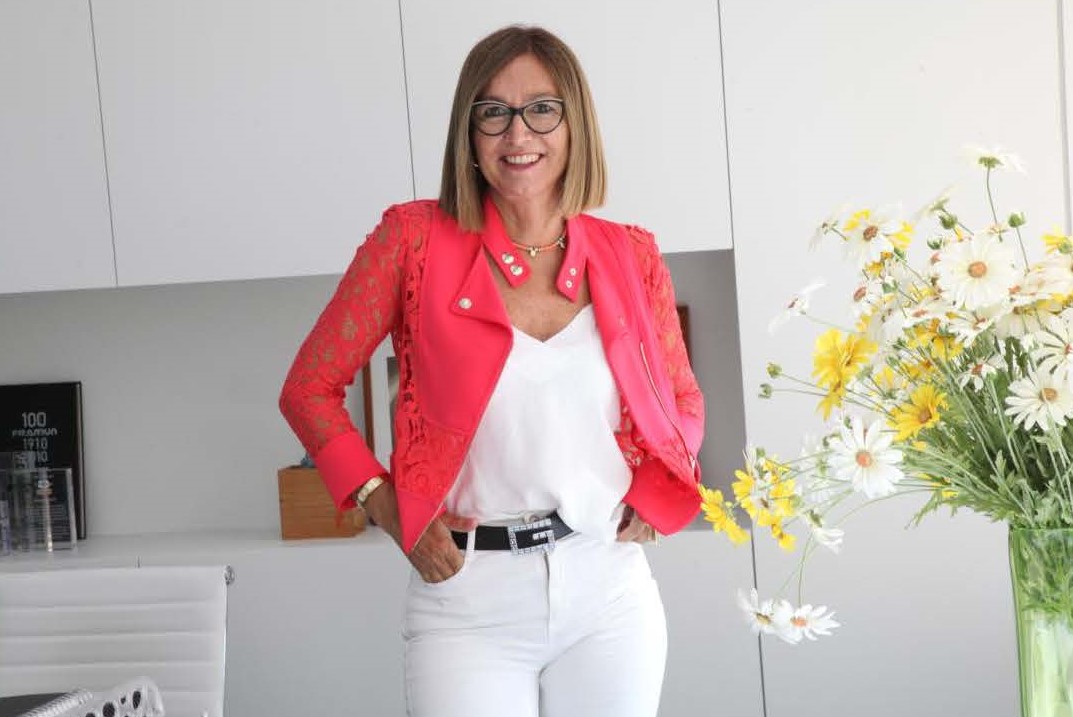 Framun is a family-run company from Manresa that’s marketed all kinds of products and laser equipment, pantographs, routers for marking and signage for more than 100 years. Its managing director, Mercè Piñot, stresses the importance of personalisation in this technique: “Engraving is synonymous with personalisation and identification. Personalisation has been on the rise for decades and it’s spread to all the sectors, because everything that’s compatible with laser can be personalised”. “The laser has no limits other than those we want to impose on it”, declared the spokeswoman of Framun. 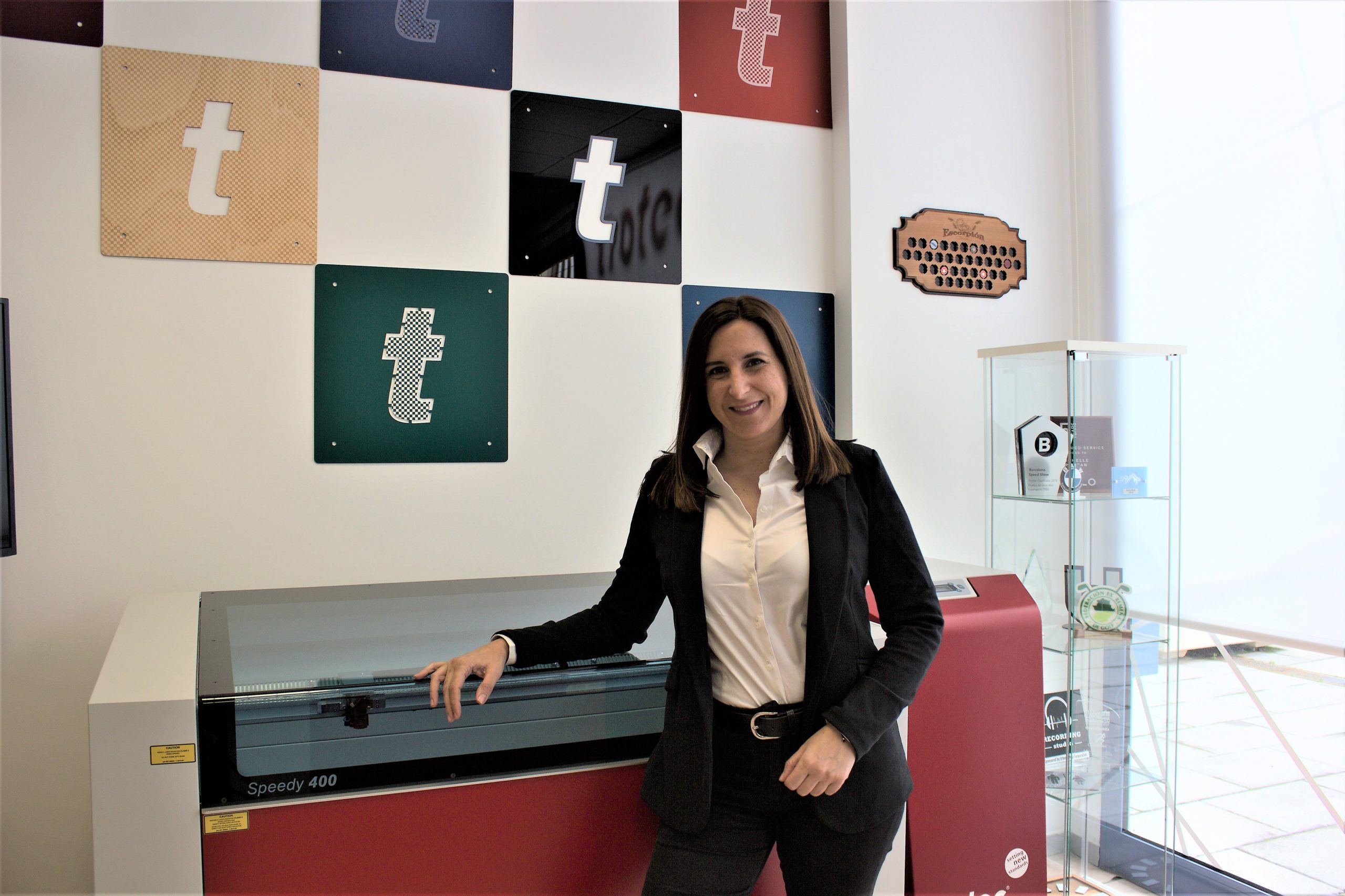 Nieves Benito, the marketing manager at Trotec Laser, points in the same direction in terms of the diversification of sectors in which laser printing can be found: “The main advantage of laser technology is the variety of sectors it’s suitable for, sectors as diverse as the funeral industry, with marble engraving, craftsmanship, the creative personalisation of objects and the industrial sector, which uses laser marking for the traceability of its parts”.

TrotecLaser develops, manufactures and markets laser cutting, engraving and marking equipment. The company has 17 sales offices, more than 50 showrooms and 113 sales partners around the world. Its machines are currently used in more than 90 countries. Its marketing director in Spain highlights the number of companies that take laser printing into account over and above other more innovative techniques. In this regard, Benito is observing the creation of new companies that are bearing laser technology in mind as one of the main tools for the carrying out of their activity, beginning with the initial phase of their business. “This means that there’s an ever-growing and widespread awareness of the benefits that laser technology can bring with respect to other technologies that have been on the market for much longer”, stated the company’s spokeswoman.

Laser engraving has applications as diverse as those on offer in the fields of merchandising, packaging design, object personalisation, component identification with barcodes and serial numbers, stamp making, labelling, architecture, decoration, jewellery marking and engraving, signage and electronic devices, to name but a few. 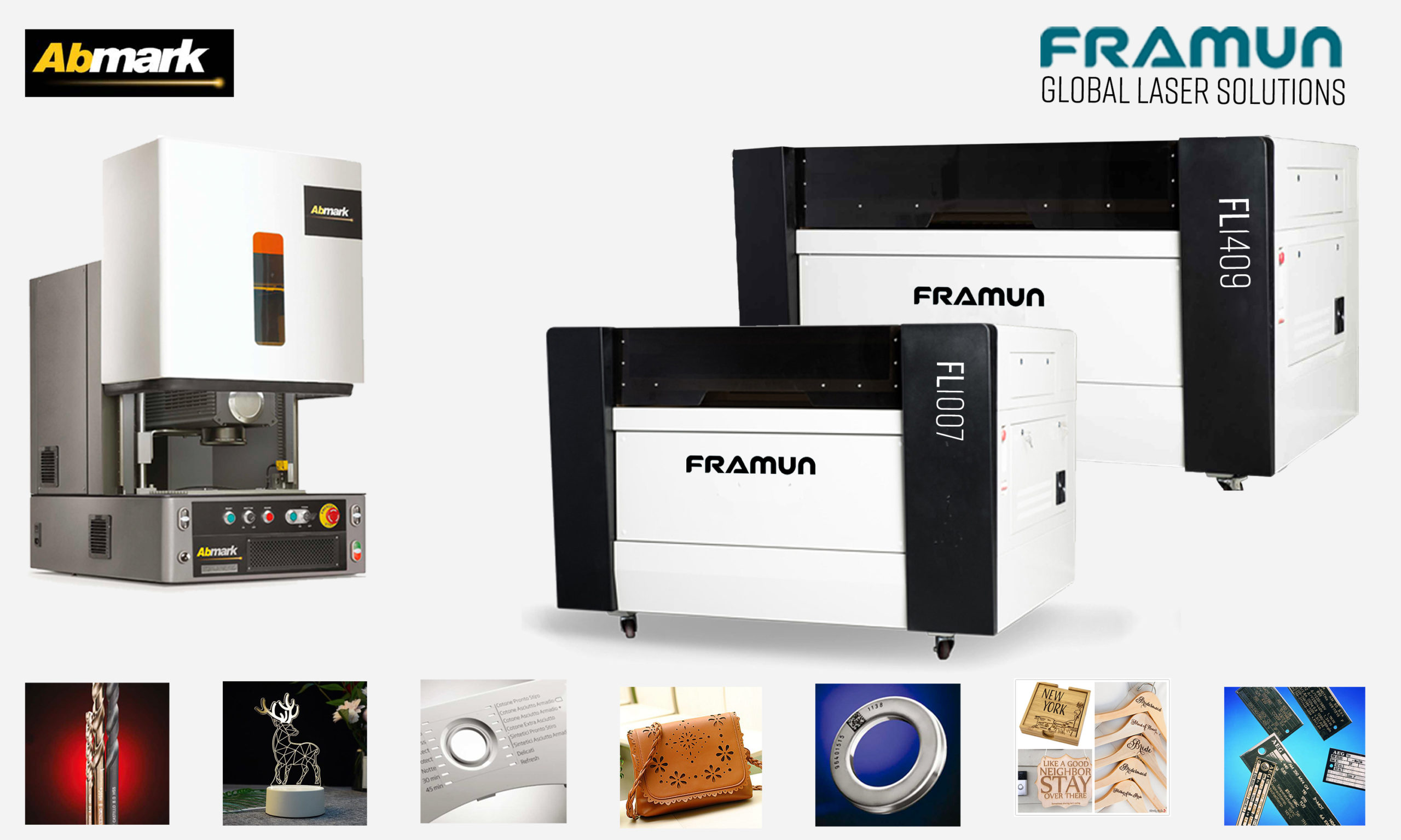 In addition, lasers provide multiple synergies with different types of technologies, such as mechanical cutting and printing. In other words, they don’t necessarily have to be substituted by each other. In this regard, Benito believes that “each of them has its own advantages and drawbacks, so the best thing to do is identify the potential you can draw on with their proper use”.

For example, within the graphics industry, laser technology can be the ideal complement for printing machines, as it can cut accurate figures and outlines thanks to a camera capable of reading register marks.

Piñot agrees, highlighting the range of applications facilitated by laser engraving, and states that “we’re only limited by the type of material, as this technique enables us to achieve the highest-quality engraving with a minimal effect in terms of the material”. She underlines the examples of marked flower petals and certain surgical materials. “When we require total precision, because two parts must fit together or because space is at a premium, the laser is absolutely unbeatable, when it’s a matter of speed, productivity on the assembly lines, packaging or wrapping, the laser is once again the answer, and when it’s a question of versatility, the laser can also provide an optimal response”, concluded Framun’s managing director. 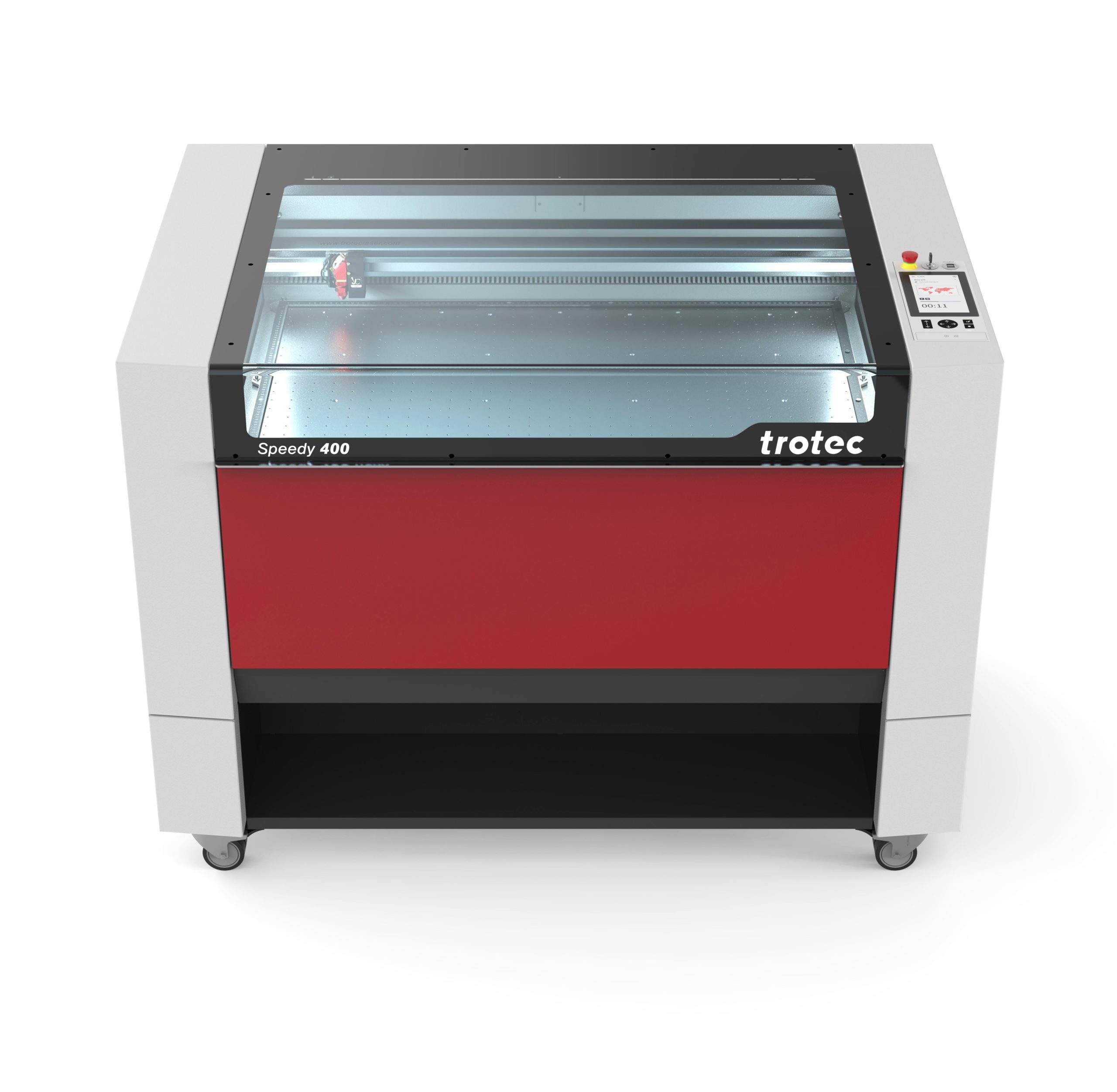 There’s no doubt that laser printing has a future with numerous possibilities and new markets to be explored, and we’re going to bear witness to this at the fair. Trotec and Framun are two companies with far-reaching experience in this field and they’ll be presenting some of their new products at the next Graphispag fair.

Is the Direct to film technique here to stay?

“We are a global partner for digital and analogue solutions”